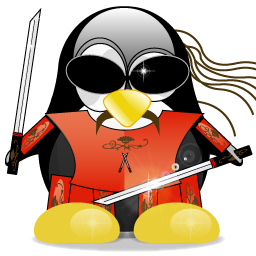 In an effort to squeeze a bit more performance out of my Gluster / ZFS setup I purchased four PCI-Express low-profile SATA 6G cards for my two servers. Each card will control two of the four drives in the zpool, leaving the SSD boot and SSD cache drives on the motherboard ports. The server I use has all the drives connected to the motherboard.

Migrating was a fairly simple matter. First, I stopped Gluster on the server, and then I did the critical first step and exported the zpool with:

Next, shut down the server and with a pair of tweezers connect new SATA cables to the hotswap backplane ports and install the new controller cards. Okay, not really with tweezers but dang it was tight in there. I could barely get my fingers behind the backplane. Reboot. Now, check the status of the zpool to see if we can import it:

Freak out because two of the four drives were missing. It turns out when you don't plug a hotswap hard drive entirely into it's slot, it doesn't like to work. Reseat the two drives I'd left half-out of their sockets and try again:

Tada, all is well in the world and I've migrated all four drives to new controllers.